What's on your mind?

I got a question. I just started Yakuza 7 this past Tuesday. I just started this side quest just now. Is it worth finding and defeating 252 people to collect lots of data for Sujimon Sensei?

(edited by Bryan Reyes 1995)
Yakuza: Like a DragonIchiban Kasuga

Anybody knows what those letters in Daimu Akutsu soundtrack's name stand for?

Which Yakuza or Judgment characters're count as Pure Evil?

Sorry guys, other post's locked so I had to add another one. And btw, only comment about the article plz.

I had originally had a question but i figured it out 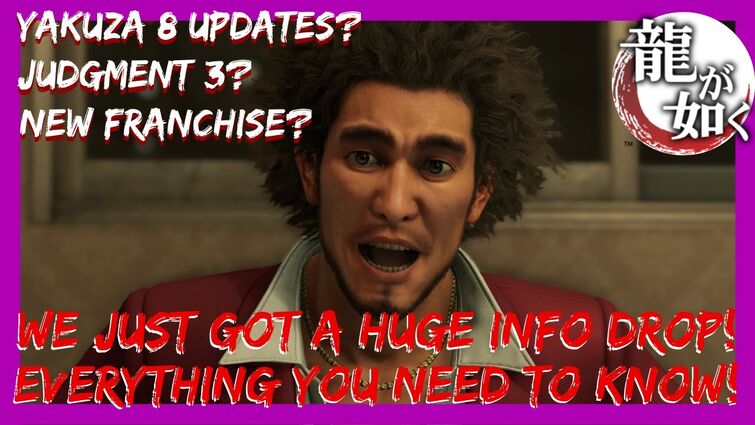 We just got a big info drop from Ryu ga Gotoku Studios! Yakuza 8 and more! All that we know so far!YouTube

I thought y'all may enjoy this video! Sources I used are in the video's description. \(^U^)/

I'm on chapter 4 of Saejima's story, and apparently i'm forced either to play pool in order to get information on a casino, or pay 50k.

Since i don't wanna play pool because i tried countless times and i suck, can someone tell me how to get money faster? Cause random street thugs here rarely drop Money when defeated, and when they do, it's just a miserable 2k

(This is just my personal opinion, feel free to write yours as well)

Why do people say it's hard af? I'm not saying this to brag but i honestly had no problems fighting him on Legend. I took him out first try. Sure, the guards with the firearms were a bit annoying and forced me to use some healers. But other than that, it was easy for me. I personally think the Nishiki fight was worse, as he kept healing non stop whenever i tried to hit him. What about you?

Here we go can anyone take on the challenge 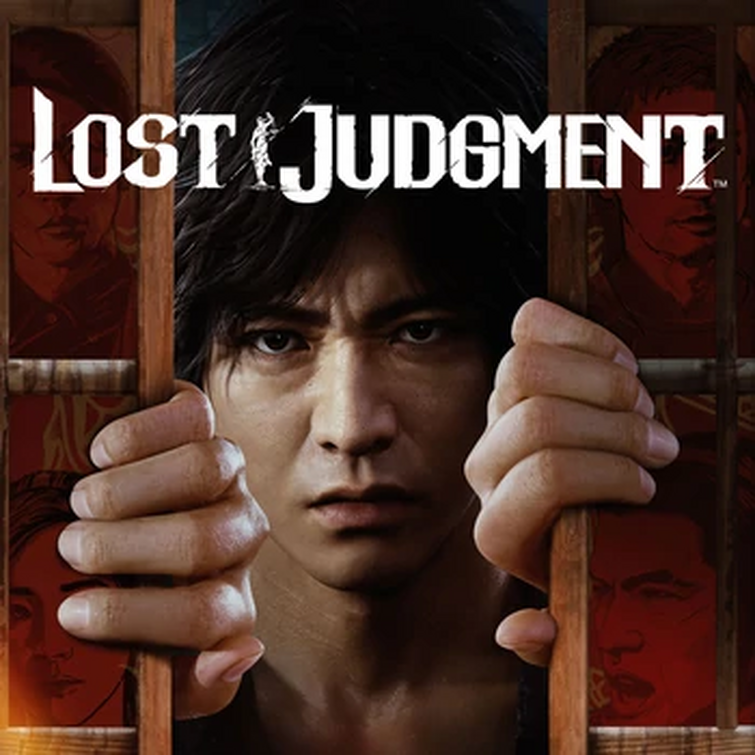 I'm currently on Chapter 10 of Yakuza Kiwami 1 and i can't find Majima anywhere. Nishida said that he found this "perfect hiding spot" and since then, he has gone missing.

Does anyone know where's this hiding spot?

why is Tachibana listed as Oda's romantic interest?? Same thing with Mine and Daigo

I want the developers to do more with yakuza

"Be open-minded about differing opinions," yes, but don't make inflammatory comments, get into heated arguments, or be intentionally mean-spirited.

Any thread clearly worded as if intended to bait negative responses (or is going to regardless) is getting locked. The original post may be left up for posterity, but any responses will be deleted. It has never and will never facilitate any kind of productive discussion. Enough's enough.

So now that I have played all 8 games, it's time I put them in order from worst to best. Note that I obtained all platinum achievements for them so I have dug deep into them, more so than most of them deserve, so I know what I'm talking about. So without further ado:

A classic case of a franchise derailing itself. Some people say it's the most difficult one, but painfully prolonged fights are not actually difficult but annoying. The game is so bad that it just goes off my scale. It's not the kind of bad that makes a game unplayable, nor is it a shitty game which you can play for a laugh, it's just annoyingly bad. I speak no hyperbole when I say that there was no point while playing it that I was enjoying myself.

A very lazy game, which is easy to notice by how short the story is. Actually does this game have a story? Well anyway, Sega's attempt to keep things fresh by introducing new playable characters paid off. Also I guess I like this game better than the previous due to the fact it's pretty short, so it must be a case of shorter torture to me.

A game that was created for the sole purpose of giving it's main character the boot. Everything in this game is pretty lazy, the only noteworthy thing about it is the new character development system. Which was a really stupid idea as it wasn't even worth the effort. However, it is ironically the first game in the series which finally realised that running from a fight is also an option.

Oh how I "umme'd" oh how I "hmme'd" while deciding if this game is better than Y6. It's not as lazy as it, but it suffers from several bugs, like the one where the hostesses accessories don't effect their performance. Oh yes, they will change their stats but it will have no effect in practice as the clients will still react to them based on their default values. But in the end there is one thing that gives this game the edge over Y6. Although it has the same shitty character development system, which in fact is even more convoluted than in Y6, at least it doesn't feel like a fucking waste of time. As when Kiryu reaches the peak of his capabilities in this game he becomes OPAF. I mean once I finished the bouncer missions all I would do after that was go taunt, extreme heat mode, taunt and so on. A lot of players regard this version of Kiryu the most OP of all and for good reason.

So in the end it turns out I was right all along, it's not that this game is so great it's just that compared to what came before it, it is a gem. But now I would agree that it is the best in the Kiryu saga if it weren't for one fucking thing i.e. making me replay from scratch on my Legend playthrough. Which I wouldn't make such a big deal about if I could just play on Legend from the get-go.

The reason to me this game is above Y0 is because it's the only one in the Kiryu saga that didn't piss me off much. The only time it really annoyed me was when it made me reach +950 points on "Otomeiru My Life" as part of Haruka's requests. Which was the only song I had problems reaching +900 with. But I couldn't stay mad as it was my decision to do it. I still remember the scoreboards when I finally did it. I knew I did well but the judges were clearly trolling me, as the first animal gave me 180 and I'm like "oh fuck you" then the next one gave me 200, then 3rd gave me 180 again, then the 4th 200 again and I'm like "ok so now I need 190 at least" and it was 190 on the nose. Anyway this game get's less praise from the fans because apparently it's too loyal to the original. But I wouldn't know as I never played the original and never will, so to me it's a classic case of "less means more." It's clearly the shortest of the lot, but it also has a very simple leveling system. All I had to do was keep beating up Majima to gain truck loads of XP, which I appreciated.

There is no contest, with it's B movie self aware tone and creative approach it's the only game in the series that became it's own thing, rather than trying to ape GTA. It's not that the game has no flaws but it's the only one that deserves to played. LAD is the only game in the series that is not taking itself too seriously, but instead embraces it's stupidity, that the series always had but was pretending it does not. How should I explain this? The previous games in the series are like Michael Bay movies i.e. all style but no substance, while LAD is like "Sharknado" i.e. proudly, shamelessly, and gloriously brainless. And you can't just help but keep playing to see what absurdity it throws at you next. But it's not just the self awarness that gives LAD it's edge, it's also the fact that it's the only game in the series where the plot drives the gameplay. In the Kiryu saga whenever something happens that should influence the gameplay it has no actual effect on it. Like in Y0 where Kiryu get's shot but he still fights the same as always and his wounds disappear a moment later along with his bandages. But best example is in Kiwami 2 where Kiryu get's stabbed and soon after has to go on a rescue mission to save Haruka who is held in an ancient castle. However, he performs just as well as always and only remembers he was stabbed after saving her. Which is particularly annoying because the whole chapter takes place in a separate cell so giving Kiryu some handicap due to the wound would work perfectly fine. However, in LAD such things do happen, most notably when he and his party is captured by Mabuchi. As after Joon-gi Han releases him, he temporarily has to fight alone as his party is still tied up and he is reverted to his brawler job because everyones weapons were confiscated. And after the fight while getting out of their prison Kasuga cannot summon poundmates because it's mentioned that their phones have no range in there. Those are the small details that make all the difference and why this game stands out from he rest of the series.