Judgment (JUDGE EYES：死神の遺言 Judge Eyes: Shinigami no Yuigon, lit. "Judge Eyes: The Grim Reaper's Will"), previously known as Project JUDGE, is an action-adventure/beat-'em-up game released for the PlayStation 4 on December 13, 2018 in Japan and on June 25, 2019 worldwide. The game was developed... 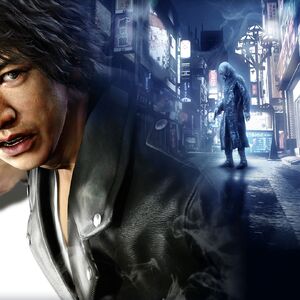 Hey fellow Yakuza fans, I think I just noticed something a bit off in the timeline, and I hope someone can clear it up. So, in the new game with Kasuga as the hero, he is released in 2018, but Kamurocho has been taken over by the Omi Alliance and the Tojo Clan has been expelled from there.

But in Judgement, the game explicit takes place in December of 2018, and the Tojo Clan is still in Kamurocho, and one of their subsidiaries, the Matsugane Family, even has a feud with another Kansai organization, the Kyorei Clan.

So, what's up? Is Judgement it's own canon, or does SRGG take place earlier in 2018, and by the time Judgement comes at the end of the year, the Tojo Clan is already back in Kamurocho? Or something else entirely?