I'll let you in on a little something. The yakuza game, it's not like boxing. The man who gets beat down isn't the loser. The guy who can't tough it out to the end, he's the one who loses. Eh? Don't ya think?
— Kuze to Kiryu, Yakuza 0

Daisaku Kuze (久瀬 大作, Kuze Daisaku) is an antagonist in Yakuza 0. He is one of the three Dojima Family lieutenants alongside Hiroki Awano and Keiji Shibusawa.

Kuze is a muscular older man.

Kuze's tattoo depicts Enma, the judge and ruler of Hell on his back, while the guardians of Hell Gozu (Ox-Head) and Mezu (Horse-Face) adorn his left and right upper arms respectively. This may reference how Kuze keeps fighting and judging Kiryu, and also how Kuze is the only obstacle in Kiryu's path that keeps him in the hell of the Yakuza.[citation needed]

Kuze is a forward and sometimes thuggish individual. In contrast to this, he has a certain form of honor. Throughout the game, he is also shown to be a very determined and resilient individual who does not give up easily. He has repeatedly engaged Kiryu in battle despite his defeats and regardless in what state he is in, shown especially when he continues to fight Kiryu despite his demotion and the loss of the first knuckle of his left little finger via yubitsume. As the game progresses, Kuze becomes more and more impressed by Kiryu's skills in battle and undergoes a personality change. This is evident by the fact that he attempted to stop his men from torturing Tetsu Tachibana and in the end with helping Kiryu find where Keiji Shibusawa is located.

Due to Kazama being arrested, all three lieutenants strove to claim the rank of captain. As Dojima wanted to have a land deal regarding a small lot, in an attempt to increase his chances of being promoted, tried to force Kiryu to betray Kazama by becoming an informant. Kiryu refuses the offer and later decides to quit the yakuza in an attempt to help Kazama's position. When he proposes his intention to Kuze, Kiryu is forced to fight multiple yakuza led by Yoneda, Kuze's right-hand man. After reaching Kuze, who warns Kiryu not to underestimate the Dojima Family, Kiryu is forced to fight Kuze. After losing the fight against Kiryu, Sohei Dojima appears with Shibusawa and Awano. As Kuze had kicked Kiryu out of the family without the express permission of the oyabun, Dojima demotes Kuze below Shibusawa and Awano, and demands that he perform yubitsume to ask for forgiveness. After this confrontation, Kuze is fought four more times throughout the game, dedicated to defeating Kiryu.

Kuze is later encountered in the sewers as part of the manhunt to find and kill Kiryu, this time armed with a pipe and a motorcycle. After doing a running pass on Kiryu, he crashes and has a short speech about his dedication to the Yakuza, vowing to keep getting back up and challenging Kiryu and his ilk as long as he's alive. He then reveals a new disgust of people who quit the yakuza and proceeds to fight Kiryu only to lose for the second time.

The next time Kuze is fought is after being cornered in the streets by the Dojima Family. Even with the aid of yakuza and brass knuckles, Kuze loses again.

Sometime later, after Tetsu Tachibana's capture at the hands of Lao Gui, a Chinese assassin, Tachibana is tortured by Kuze and his men regarding the Empty Lot. After Tachibana says that killing him will get them nothing, Kuze admits his point and prepares to move him. Whilst doing so, his subordinate Yoneda becomes agitated with Tachibana's calm, cavalier attitude and strikes him in the temple with a sledgehammer ensuring Tachibana's death. Enraged at Yoneda's incompetence, Kuze smashes Yoneda's skull into the floor, killing him. Kiryu then bursts in, and after seeing Tachibana at death's door, he roars in fury and attacks Kuze, who once more loses. After the fight, Kiryu vows that if the Tojo Clan harms Makoto Makimura in any way, Kiryu will crush the entire clan. Kuze realizes how serious Kiryu is about this and muses that the boy "has become a true Yakuza."

Later in the game, Kuze receives orders from Shibusawa to plant bombs in the Kazama Family HQ, but he is interrupted by Kiryu. They fight one last time. After the fight, Kuze tells Kiryu to never give up on something, even if you know you will fail. Later he gets arrested along with Shibusawa.

Kuze's fighting style is primarily boxing along with rare kick attacks. In the second fight, he uses a pipe with attacks breaking guard. The last fight has him start off with his heat mode. 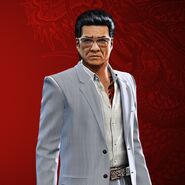 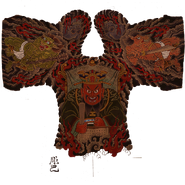 Kuze takes off his glasses

Add a photo to this gallery
Retrieved from "https://yakuza.fandom.com/wiki/Daisaku_Kuze?oldid=77889"
Community content is available under CC-BY-SA unless otherwise noted.