Edit
watch 02:23
Wiki Targeted (Games)
Do you like this video?
Play Sound
MAJIMA CONSTRUCTION IS AT WORK! This article is a stub and is under construction. You can help the Yakuza Wiki by expanding it.

Chief Superintendent of Kamurocho Precinct for the Organized Crime Division

He appears to be a by-the-book cop, but he has his own sense of justice.

He asks Makoto Date to investigate the money-laundering during the missing 10 billion yen case.

Sudo helps with the investigation of the Jingweon mafia. He pilots a helicopter to evacuate Kiryu and Kaoru from the bomb at the end of the game, but due to the lack of time he is forced to retreat from the area.

Sudo only appears at the start of Yakuza 3, where he reveals to Date that the people involved in the Jingweon incident were promoted as the Tokyo Metropolitan Police Force's popularity had decreased greatly due to its inaction against the Jingweon Mafia and Kurahashi's involvement with it. This includes himself, who has been promoted to Division 1. He is worried that the Tojo Clan will fall into chaos without the leadership of Kiryu, but Date reassures him that Kiryu will definitely have planned for every eventuality.

He reappears twice in the fourth installment. He aids in the cornering of Sugiuchi at the docks but is hesitant to use force to stop him knowing the kind of immunity Sugiuchi possessed. He again flies a helicopter above the Millennium tower after the final battle with Seishiro Munakata, while Date distributes copies of newspapers all over town telling the truth about Munakata. 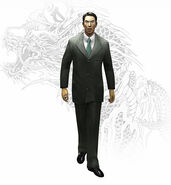 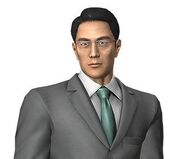