watch 03:41
Wiki Targeted (Games)
Do you like this video?
Play Sound

Hiroshi Tsuchida
Kazuki (一輝) is a recurring character in the Yakuza series first introduced in the original Yakuza. He is the former proprietor of the Stardust host club.

Compared to Yuya, Kazuki has a much more composed manner. Being put under Shintaro Kazama's wings, he's also a skilled businessman, able to raise Stardust to a point where it becomes Kamurocho's top host club without having to rely on protection.

Kazuki has a long hair and wears a cross necklace and white suit over black dress shirt with a pocket square and a pair of matching white dress pants. He is seen in green hospital pyjamas on a couple of occasions.

After the clash between Yuya and Kazuma Kiryu, Kazuki apologizes to Kiryu for not letting Yuya know that Kiryu has an appointment with him. Then, Shimano's men go to Stardust and want Kazuki to give them protection money. Yuya argues with Shimano's men, kicking them out of Stardust. Yuya refuses to let Kazuki pay Shimano's men, and Kiryu helps fight them off.

Before the event of the game, he was kidnapped for 6 months by the Jingweon Mafia, and an imposter stood in for him. He is later rescued by Jiro Kawara, Makoto Date, Kazuma Kiryu, but gets shot by the imposter before Kaoru Sayama shoots him dead. Kazuki is then carried by Kiryu to the Emoto Clinic, where he stays until the end of the game.

He is still at Emoto Clinic at the beginning. In the end, he and Yuya catch Hamazaki, who had stabbed Kiryu before.

Kazuki has become almost a minor character with little to no involvement to the game main story. However, both men appear in a substory where an imposter of Kiryu makes yet another appearance at Kamurocho. Kazuki and Yuya help Kiryu track the imposter from his blog posts. 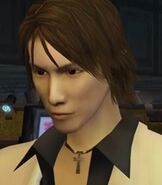 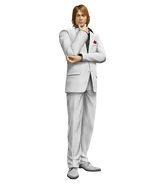 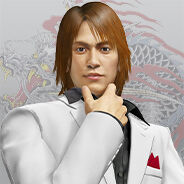 Steam Avatar.
Add a photo to this gallery 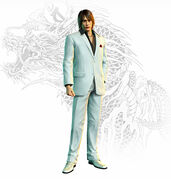 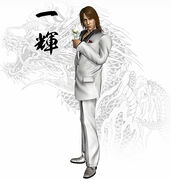 Add a photo to this gallery
Retrieved from "https://yakuza.fandom.com/wiki/Kazuki?oldid=101346"
Community content is available under CC-BY-SA unless otherwise noted.