Member of Nishikiyama Family (on loan from Kazama Family)

He views Nishiki with utter disdain, showing a complete lack of respect towards him, thinking that he'd much rather serve under Kiryu rather than Nishiki.

He wears a navy pinstriped suit over magenta shirt. He has a short curly hair and a stubble and wears a pair of aviator sunglasses. 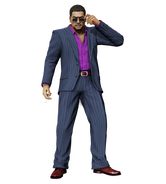 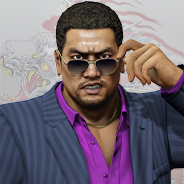 Steam Avatar.
Add a photo to this gallery
Retrieved from "https://yakuza.fandom.com/wiki/Matsushige?oldid=70968"
Community content is available under CC-BY-SA unless otherwise noted.