While in her 20s, Mikiko wore a white cardigan and dark purple pants with black pumps. When hunting in Kamurocho, she wears a gray shirt under a black jacket with a fur hood, dark blue jeans, and heeled black shoes. Another outfit consists of a white dress with an unbuttoned light green cardigan over it.

Mikiko and Maho's biological parents were killed in a car crash when they were young. They were taken in by the wealthy couple of Kosuke and Yoko Natsume. When Maho was being picked on, rather than alerting any teachers, Mikiko trained at a dojo until she was able to chase away Maho's bullies herself. She would record major events of her life in a diary.

In 2006, Maho amassed a debt from spending too much on a host club owned by the Matsugane Family. To make settlements, the Matsugane were planning for Maho to work at one of their cabaret clubs, however, as that would mean Maho would be unable to attend college, Mikiko decided to take her place. She went to the Matsugane Family office with a box of sweets and her resume to negotiate, but one of the members violently grabbing Maho caused Mikiko to put him in an armlock. Masaharu Kaito arrived shortly after and defused the situation by clearing the misunderstanding.

As a hostess in Club Amour, Mikiko rose through the ranks and would deal with bad customers herself. She befriended a fellow hostess, Momoko. Kaito acted as her bodyguard in case Mikiko became overwhelmed with enemies. Some time that year, Kaito took Mikiko to a movie, then went to a café with her in Kamuro Theater, where he confessed to her. Mikiko would describe her relationship with Kaito as one of the highest points in her life, and she frequently wrote superhero-like stories of Kaito in her diary. Mikiko met Kyoya Sadamoto while she was dating Kaito, and she told him she was thinking of marriage, which Sadamoto supported for his own ulterior motives, and offered to make arrangements for Kaito to leave the yakuza if need be.

At some point, Mikiko wanted to buy a coat, but forgot to bring enough money, and borrowed ¥50,000 from Kaito. In 2007, a rival family member shot and wounded Kaito's patriarch Mitsugu Matsugane, which prompted him to seek out revenge. This created a rift between Mikiko and Kaito, and she left him shortly after. She was thinking of how to deal with the money she had yet to pay back, which she wrote of in her diary. She ultimately chose to leave it unpaid due to the awkwardness of a reunion after their breakup.

Some time later, she married Sadamoto, and gave birth to her first and only child, Jun Sadamoto. Shortly after Jun's birth, Mikiko's sister and adoptive parents perished in an arson attack orchestrated by Sadamoto and Crimson Lotus to inherit their wealth, but Mikiko was made to believe the perpetrator was a stalker of Maho's. Mikiko devoted herself to revenge, but when the stalker was caught, he hung himself. The loss of a chance at closure caused Mikiko to fall into depression.

Mikiko was around for Jun when his father was not. She also taught him some of her judo techniques. Even when married, Mikiko would keep herself in peak physical condition to be able to defend herself. In 2020, when her husband fell asleep with his laptop unlocked, she was able to discover he was her family's true killer, as well as his true colors. Sadamoto woke up and learned that Mikiko knows his secret, and overpowered her in a fight. Mikiko was taken to a waterfall in Chiba to be pushed off, and her death was made to look like a suicide.

In reality, she survived thanks to the help of Yasutaka Shirakaba, who helped her fake her death with a falsified DNA test, and allowed her to live at Shirakaba Clinic. Mikiko developed amnesia, and Shirakaba withheld details about her life from her in the vain hope that she would reciprocate his feelings for her.

While watching TV, Mikiko saw a program showing Kamuro Theater and began feeling nostalgic. Shirakaba took her there on January 23, 2022, and took a picture of her standing in front of it. During this trip, she visited Café Alps, one of her regular dining spots where she had previously helped the staff deal with rough customers.

One day, seeing Sadamoto looking arrogant on television caused Mikiko to regain her memories, and set out to kill members of Crimson Lotus. She kept a low profile as to not involve Jun, and contracted the Bato Detective Agency to keep him safe, as they would accept an anonymous request and proper detectives would likely turn down her potential kidnapping request. She also asked them to investigate her husband. She hunted down her targets, but they were killed by just as she reached them, though she could not confirm the culprit's identity.

Another of Mikiko's targets is killed by Sadamoto. As she leaves the scene, she spots Kaito near Bar Tender. Mikiko continues her hunt and finds her next target, Ashizaki, but he is already dead when she reaches him. She reunites with Kaito and tells him Crimson Lotus used Maho's stalker as a scapegoat, as they were the real perpetrators. Gangsters surround them, and Kaito takes Mikiko with him off the building to keep her safe. She takes her gun and leaves.

Mikiko has Senda accompany her to tail Shusuke Kenmochi; however, Kenmochi had been expecting her. His underlings take Mikiko to his room and injure Senda. Mikiko is knocked unconscious and is laid in a compromising position on a bed by Kenmochi to rile up Kaito. She is taken to safety by Kaito after he defeats Kenmochi. Upon waking up, she explains the situation to Kaito before being taken to another room to rest, however, she uses the opportunity to escape.

In Ijincho, Mikiko attends the party where her Crimson Lotus targets and Sadamoto - who she can now confirm in the culprit - will be. She uses the name of another attendant to check in and waits in a restroom to ambush a member. The member states Sadamoto is on the roof, and she heads there to have vengeance, but her plan is foiled by Jun being taken hostage and Sadamoto asking her to kill Kaito in exchange for Jun's life; but she will not be free as evidence has been planted to incriminate her if she kills Kaito.

Kaito takes Mikiko's gun, intending to take her place in prison, but Jun is able to disarm Sadamoto and reach a distance safe from him. After Kaito defeats Sadamoto, Mikiko intends to kill him, but Kaito's regrets and Jun's pleading stop her from following through. Kenmochi kills Sadamoto instead. Kaito passes out from Sadamoto's poisoned knife and Mikiko watches over him in the hospital with Jun. After some time, she feels lightheaded, and Shirakaba takes her to his clinic to have her rest.

Unsure of her future living situation by the time Kaito arrives, she sees Shirakaba fight with Kaito for a chance at her. Kaito is victorious, and tells her that his living situation is far from ideal, with a dirty residence and poor income. In spite of that, Mikiko accepts Kaito's offer to go with him, and the two presumably start living together afterward. 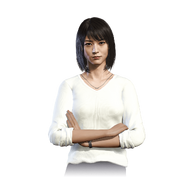 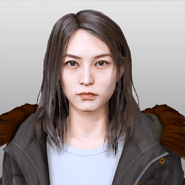