Minamida (南田) is a resident scientist/game developer of Kamurocho, and is the man behind the Inner Fighter series of virtual reality video games.

Minamida has long white hair and a pair of safety goggles. He wears a white lab jacket over a black shirt and trousers.

Although he only appears from Yakuza 3 onwards, Minamida is the man who created the YF6 arcade game in Yakuza 2. 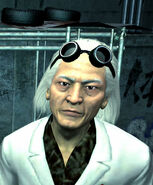 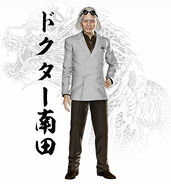 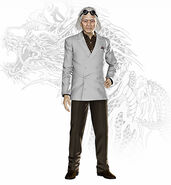 Add a photo to this gallery
Retrieved from "https://yakuza.fandom.com/wiki/Minamida?oldid=75499"
Community content is available under CC-BY-SA unless otherwise noted.