When you work in the entertainment industry, the face is all-important. An idol is just an illusion. The fans don't care what's inside. All they see is the face.
— Naoki Katsuya

Naoki Katsuya (勝矢 直樹, Katsuya Naoki) is a supporting character in Yakuza 5. He is the Omi Alliance's chief of headquarters, the president of Osaka Talent, and the Patriarch of Osaka Enterprises.

Katsuya has a calm and collected manner. He also appears to prefer doing things in a civilized manner, especially shown when he's not happy about Kanai's method of persuading Haruka.

He has a crane tattoo, which symbolizes grace, wisdom, peace and love of life, representative of Katsuya's qualities of being a calm and collected person.

Katsuya used to be an action film actor during his younger times. However, he suffered a terrible injury and quits. At some point, he met Goro Majima and Mirei Park and three of them become friends. After Majima divorced with Park, he came in contact several times with Majima.

During Yakuza 5, Katsuya was visited by Shun Akiyama to discuss the death of Mirei Park. Katsuya says that he has nothing to do with it, which Akiyama doubts. Katsuya then writes a check for 10 million for Akiyama in order to convince him to leave.

He later arrives to save Haruka Sawamura after she was kidnapped by his right-hand man, Kamon Kanai, and return her back to Dyna Chair. Eventually Katsuya makes a secret phone call to Haruka for her to deliver the letter to him in person alone, threatening to harm the Sunshine Orphanage if she didn't comply, while in truth he wanted to get the letter before Kanai could while ensuring her safety. However Kanai acted before Katsuya could reach Haruka and surrounded her along with his men at the Osaka Station. Akiyama managed to save her and Katsuya punishes Kanai at his office for his action.

At the final chapter, he knew that something bad will happen to Haruka during her performance at the Tokyo Dome and talks with the event organizers in order to postpone the concert. He later calls in Akiyama and offers him 300 million so that T-Set will replace Haruka at the Tokyo Dome, which Akiyama obviously refused. However, Katsuya paid off the money himself and managed to have Haruka's concert postponed, leading Kiryu, Saejima, and Watase to storm Kamurocho Hills to confront him. All four of them fight with each other in order to lure the mastermind into the open. Katsuya fights Saejima and was defeated by him. He was later shot by Kurosawa in order to protect Watase and sent to the hospital.

He later reappeared with Daigo Dojima during the final battle and rescued Saejima and Majima from Kurosawa.

Compared to Saejima, Katsuya is considerably more agile. He relies on a good combination of kicks and punches, drawing elements from mixed martial arts. 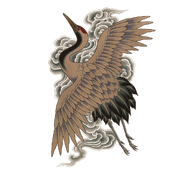 Katsuya with Majima and Park.

Add a photo to this gallery
Retrieved from "https://yakuza.fandom.com/wiki/Naoki_Katsuya?oldid=77469"
Community content is available under CC-BY-SA unless otherwise noted.