The Omi Alliance (近江連合, Ōmi Rengō) is an Osaka-based yakuza clan that often clashes with the Tojo Clan. They are the largest clan in the country, surpassing even the Tojo Clan in size by several thousand members. As of 2006, the Alliance has as many as 35,000 men and 120 families.

Omi Alliance's history dates back all the way to the 1980s. In December 1988, Omi Alliance is involved in the Empty Lot dispute, as well as being responsible for Goro Majima's capture after he was expelled from the Tojo Clan following the failed Ueno Seiwa hit three years prior.

Fast forward to the 21st century, the Omi Alliance is mentioned in Yakuza (and its remake, Yakuza Kiwami) through Yukio Terada's appearance. Even though Terada's an Omi Alliance yakuza, he tried to help Kazuma Kiryu stop Kyohei Jingu due to him having a close relationship with Shintaro Kazama, only to be betrayed by his yakuza clan before switching sides to the Tojo Clan and becoming its Fifth Chairman.

Yakuza 2 (as well as its remake, Yakuza Kiwami 2) brings exposure to the Alliance, as Terada attempted to broker a peace deal between the Tojo Clan and Omi Alliance.

In Yakuza 4, the alliance was mentioned through Yasuko Saejima, who told Kiryu and Date that her biological father was working somewhere in Kansai to do the Alliance's dirty work.

The latest appearance of the Alliance is seen in Yakuza 5. Now led by Tsubasa Kurosawa, the Alliance enters a new era where Tojo Clan attempted to approach the Alliance for a nationwide yakuza alliance.

At some point before 2019, Masumi Arakawa betrayed the Tojo Clan and snitched them to the police, after which the Alliance took control of Kamurocho.  Sometime before the events of Yakuza: Like a Dragon, Masaru Watase was sent to prison. He appears to have been discharged by the start of 2019. Right after he arrives at the Omi headquarters and makes a joint statement with Daigo to disband both the Omi Alliance and the Tojo Clan to remake them as a legitimate security company based in Osaka, and submit a letter of disbandment to the police right after a small scuffle. 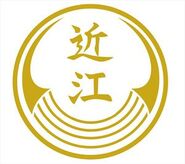 Add a photo to this gallery
Retrieved from "https://yakuza.fandom.com/wiki/Omi_Alliance?oldid=77415"
Community content is available under CC-BY-SA unless otherwise noted.