Saya Date (伊達 沙耶 Date Saya) is the only daughter of Makoto Date who first appears in Yakuza.

She originally appears with a school uniform, but she is more often seen in casual clothing with a necklace.

Saya appears as a character involved in Chapter 6 where she is brought in by a sleazy Host named Shota to pay off his debts to a loan shark company by being used as an actress for adult videos.

It is mentioned that Saya decides to become a hairdresser. She does not appear in this game.

Saya is shown to have become successful, and wants her father to meet her new boyfriend. Although she now lives with her mother, she and Makoto Date still appear to have a good relationship. 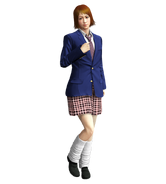 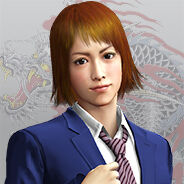