Edit
watch 02:23
Wiki Targeted (Games)
Do you like this video?
Play Sound
MAJIMA CONSTRUCTION IS AT WORK! This article is a stub and is under construction. You can help the Yakuza Wiki by expanding it.

This is a historical Japanese name; the family name is Takechi.

Like Ryoma, he also grew up with the support of Yoshida Toyo, owing to him the advanced studies he took. He was also the leader of the "Sonno joi" movement that won many supporters and tried to recruit Ryoma upon his return from Edo.

A year prior to the main events of Ishin!, Takechi is first seen in his dojo, training Tosa Loyalist members on using firearms when he finds Ryoma coming to visit him. The members leave, as Takechi discusses with Ryoma about their upcoming invasion on Kochi Castle before handing Ryoma his first pistol of the game.

Takechi is later seen with Ryoma at said castle, and both go to see and talk with Toyo. The talk is interupted when a mysterious ninja appears to mortally wound Toyo, putting Takechi in shock.

He is later seen before the fight with the ninja, wounded and laying with the other Tosa Loyalist members. As Ryoma and Takechi leave the castle wounded and tired, Ryoma decides to hide the wounded Takechi inside a nearby shrine, making sure he is safe from the oncoming troops.

He is later seen one year later in a safehouse in Mukurogai, seemingly healed and aged. He tells Ryoma that he never escaped Tosa, but rather was sent to Kyoto by the Tosa Loyalist party. According to him, he had now become a jyoshi, which was a much higher class than goshi. After an argument about Ryoma's decision on joining the Shinsengumi, Takechi laments and stays behind.

He is seen later, though hidden, during a scene with Katsu Kaishu and Saigo Kichinosuke. Katsu claims that Takechi is actually Sakamoto Ryoma, and that he has more than enough weapons for the Satsuma Domain in order to take down Edo castle.

After this brief appearance, Ryoma is given the revelation that Takechi is dead, and before his death, had told Katsura Kogoro to help Ryoma out.

Takechi is seen later disguised as a monk, watching the body of Inoue Genzaburo float along the river in front of him, before he walks away.

A while later, Ryoma and Okita Soji get a report that Sakamoto Ryoma is located at the Terada Inn on the 2nd floor. Once there, Ryoma confronts the monk, as Tosa Loyalist members cover him and join him in the oncoming fight. Once he's beaten, Takechi is questioned on why he is taking Ryoma's name, before attacking Ryoma once more. Soji comes to defend Ryoma before slicing a piece of Takechi's clothes off, revealing his burn mark on his back. He flees out from the window before the Kyoto Patrolling Group arrive.

Whilst at Omiya, Ryoma reaches the top floor, where he meets and kills a soldier. Beside the soldier is an injured Nakaoka Shintaro, who tells Ryoma their plan was used against them. It's now where Takechi appears once again, covered in shadow alongside Ito Kashitaro and Sasaki Tadasaburo. Ryoma angrily questions Takechi on the revelation of why he Takechi used Ryoma's name and attempted to destroy his life. Takechi cryptically tells Ryoma before leaving that he will be waiting at Tosa, and that he "has one last job for [Ryoma] to do."

He is found at the end of the game, in the room Yoshida Toyo was murdered in. Takechi laments that he and Toyo has opposing views on Ryoma inheriting the Tosa Loyalist party, and that in order to really change Japan, "blood has to be spilled" and he "must use every means he has" in order to make it happen." He also gives the revelation that he had hired the ninja, who was named Serizawa Kamo. He had used Ryoma's name in order to make the real Ryoma decide which Ryoma was the right one, moral wise. During Ryoma's time in the Shinsengumi, Takechi had been getting details of his every move from Narasaki Oryo, Ryoma's love from Terada Inn. He had also ordered Okada to light Kyoto ablaze. After this, he and Ryoma start to begin their duel.

After a long battle that takes them to the higher floors of the castle, Takechi is beaten. He orders Ryoma to deal the finishing blow, but Ryoma refuses, stating that Sakamoto Ryoma died back at Omiya, and that Yoshida Toyo and his brother, Takechi, are more important. Takechi is taken aback from this, and makes Takechi realise that he never had the potential to change the country, stating that there wa smore to changing the country than through cold-heartedness; love. Instead of being the one to change the country, he had been used by stronger people and was used by the system he tried to destroy. He goes on about how he had always taken care of Ryoma, even when he was the Ryoma who tried to destroy the country. Takechi and Ryoma share some brotherly love before both sitting down and watching the sunrise. With the sun in full view, Takechi reveals that he'll bring down Tosa, as it has become a weapon. He also reveals that he had been used by Yamauchi Yodo, alongside Katsu Kaishu, to order weapons from England, more prominently Thomas Glover, to hatch a civil war in Japan. This was so Japan would become avaliable for England to colonize, and give Yamauchi the emperor's seat. Before Takechi can tell more about Yodo's plan, he spots Yodo aiming for Ryoma, and covers him as he is shot in the shoulder. Yamauchi taunts at the brothers, and exclaims his plans of expanding to England before firing more shots at Ryoma. Takechi watches from afar as Ryoma, alongside Soji, Nagakura Shinpachi and Hijikata Toshizo trap and execute Yamauchi for his crimes against the country.

During the epilogue, which is two years later in Tokyo, it's revealed he started using Yamauchi's name after a year of seclusion in order to take Yodo's place.

Hanpeita's appearance is based on the real-life Sakamoto Ryoma. During the first part of the game in Tosa, he has a chonmage hairstyle and is wearing a blue kimono outfit. Later on in his safehouse in Mukurogai, he has loose shoulder-length hair and is wearing a rough looking beige or brown kimono. Finally, towards the end of the game, he is seen with graying hair and a black Mimawaguri haori.

Photograph of Hanpeita as Sakamoto Ryoma. 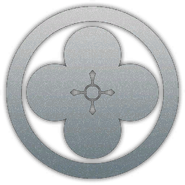