The Tojo Clan was founded by first chairman Makoto Tojo on an unspecified date. The earliest part of Tojo Clan history seen in-game is 1980, when the Dojima Family carries out the Jingweon Massacre, killing 33 of the Jingweon Mafia's members in Kamurocho, including most of its leaders.

Five years later, in 1985, the clan gets into hot water when the Ueno Seiwa hit happens, where a member of the Tojo Clan's Sasai Family massacres men from the Ueno Seiwa Clan. It turns out that the hit was originally going to be used by the family's patriarch Hideki Sasai as a means to defuse and mediate the ongoing conflict between both clans, but botched some time before the hit.

In the following years, the clan seems to prosper, after Masaru Sera, the president of the Nikkyo Consortium, an organization within the Tojo Clan's ranks, is appointed chairman following Takashi Nihara's retirement. However, in 2005, another incident happens: Chairman Sera is murdered and the clan's ten billion yen goes missing, causing conflicts as many people are gunning for the chairman's seat. Ultimately, the position is given to Kazuma Kiryu through a will from both Sera and Shintaro Kazama. As it turns out, Sera let Kazama decide who would be the next chairman should he die. However, Kiryu decides to retire right after his appointment ceremony, and passes the position to Yukio Terada, a close acquaintance of Kazama.

In February 2006, in an effort to rebuild the clan and fill the empty seat of the clan captain, Terada announces a reformation plan, which states that the family with the most contributions for the clan may have its patriarch promoted to captain. This sparks competition between the direct families, especially Majima Family, Uematsu Family, and Ibuchi Family. Ten months later, in December of 2006, Terada is assassinated, leaving the chairman position empty once again. However, this time, Kiryu personally wants Daigo Dojima (Sohei Dojima's son) to take the position to prevent a possible war. In order to temporarily fill the chairman's seat, Yayoi Dojima steps in as acting chairwoman.

In 2007, Daigo Dojima is officially appointed as the sixth chairman of the Tojo Clan. Although supported by senior members of the clan, the decision is met with a lot of resistance, as there are many with serious doubts about Daigo's capabilities as chairman. As a result of the conflict with the Omi Alliance, there are several third-tier organizations struggling financially, allowing Yoshitaka Mine and Tsuyoshi Kanda of the Nishikiyama Family to acquire vast amounts of territory in a short time. Later the same year, the Hakuho Clan is formed, with Mine as its inaugural chairman.

In 2009, Daigo is shot by Joji Kazama and falls into a coma, leaving clan captain Osamu Kashiwagi to handle the ensuing power struggle between the Hakuho Clan, Goh Hamazaki's Hamazaki Family, and the Nishikiyama family. Following Kashiwagi's death and the dissolution of the other two organizations, Mine takes over as interim chairman.

After the incident, Daigo makes a full recovery and resumes his position as the clan's chairman. In 2010, the clan officiates a new family within its ranks: the Saejima Family, headed by Taiga Saejima, a legendary yakuza once famous for the Ueno Seiwa hit back in 1985.

In 2012, Daigo plans to form a nationwide alliance of yakuza by forming ties with several yakuza families and clans from across the country, a somewhat controversial move due to Daigo's notoriously egalitarian approach with regard to much smaller organizations.

Fast forward to 2016, the top officials of the Tojo Clan are now imprisoned, and Katsumi Sugai, patriarch of Sugai Family and a previously unknown yakuza of the Tojo Clan was appointed as its acting chairman. Daigo is later released from prison and decides to form a pact with Yomei Alliance, respecting Kiryu's wishes to not avenge him.

By 2018 the Tojo Clan is down to twenty-five thousand members, and by 2019 it has collapsed entirely under the combined pressure of the Tokyo Metropolitan Police Force and the Omi Alliance. 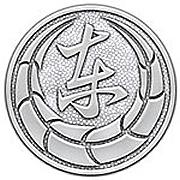 Emblem of the Tojo Clan

Tojo Clan headquarters
Add a photo to this gallery
Retrieved from "https://yakuza.fandom.com/wiki/Tojo_Clan?oldid=77825"
Community content is available under CC-BY-SA unless otherwise noted.