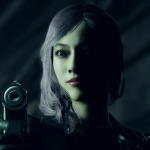 Yo. Could you maybe, please, direct me to something, like a video or site, that explains how to do a data dump? I have little to no programming experience but I'm an incredibly fast learner. I've been poking around Y3 with quickbms and Apache3's Hex Editor but all I've managed to find so far are some dds texture files. I've also tried exploring Y1 & Y2 with ps2dis but all I recognise are sound files. --LammyQ (talk) 16:06, July 19, 2019 (UTC)

Model data is in the .gmd format. The tools in this thread will let you convert the models to .ascii format, which you can then view/export in Noesis using the included python script plugin. For some reason, one of them only works with Yakuza 6, whereas the other one works with all the other games from 3 to Kiwami 2. If you're looking for the item icons for shop/bar/restaurant images, they're usually located in a folder marked "Pause." The GIMP .dds plugin does not work for Dragon Engine DDS images, so you have to use a batch file converter like xnconvert to convert them to PNG.

As for the first two games, well your guess is as good as mine. I just extracted the item icons using texmod. When you try to "inject" it into PCSX2, it triggers Windows Defender into thinking it's a Trojan and doesn't work, so you have to disable Real-Time virus protection just for that moment when you tell Texmod to run PCSX2. And unlike what some other people say, you don't need PCSX2 0.98 or earlier to extract textures using Texmod.

I very much hope this proves to be of assistance for you.

yoh, great work recently bringing so much y1/y2 content over to the wiki!! we really need all the help we can get with that gen!

though - sorry for not mentioning it earlier - for substories, please consider adding to the existing yk1/yk2 equivalents' articles rather than creating new ones! there's very little benefit to having two different pages for each when there aren't really that many substantial changes between them. when there are substantial changes, it would be better to either note them on the same page (similar to how changes between y1 and yk1 are noted on Goro Majima's page) or, if it's that drastic, create separate headings for the two games.

for substories with different names, by the way, it's perfectly acceptable to create a redirect page with the substory's y1/y2 name and add what the substory was originally called to the yk1/yk2 version's lead section.

thanks- let me know if you have any other concerns!

Ok, I get you man. I'm just worried that the pages are going to be too long if I start putting in all the gallery pictures and stuff. If you're ok with that, then fine. And I'm not really sure how to handle the lead section with articles like this. I'll give it a go though. Also there are some missions that don't appear in the Kiwami remakes (esp. ones that are more side-quests/minigames) so I'm keeping the infobox for that.

The other problem is that of navigation. The substories/missions aren't in the same order in the two games. I don't know if you want to add a separate previous/next line for the original Yakuza missions or something like that?

that's definitely a valid concern! personally i think that subpages or a tabber similar to what some major character articles have should work, since most of the substory pages currently have more screenshots than content. i'd be happy to get working on that if it'll help since i'm looking to convert our current subpage format to tabbers anyway.

of course, that's fine! but is there any functional difference between the two infoboxes i'm not seeing? region and counterpart seem to be the only additions. since starting location should have the first one covered and counterpart wouldn't apply to missions that are only in the originals, it looks to me like it'd be alright to just use the regular substory infobox.

as for navigation, i think that can be handled the same way you're doing everything else in the infobox right now! just have a list with (Y1)/(YK1)/(Y2)/(YK2) appended at the end. if that presents any issues, feel free to let me know, i can look into another solution.

Substory tabs sounds like a great idea. I think it's not just the page length that's an issue, but also preventing the infoboxes from being too wordy. So if we can avoid having to put "this (Y2)" and "that (YK2)" in all the sections, that would help make it look a lot cleaner. That would also solve the issue of the previous/next sections, since the two infoboxes would just have the mission order that goes for that game. And yes, you're right. There's not really much need for a separate mission infobox I suppose. I think the only reason I was bothered about it was because of the fact that there are two separate mission lists for Kanto and Kansai. But I guess I can just either do "Kanto/Kansai #" as the number, or maybe something like Pink St, Kamurocho (Kanto) in the location. Ok, I'll leave that up to you and avoid making any changes to substory pages until you've sorted these tab things. Cheers.

PS. I took like 3 hours figuring out why the Y2 mission navbox was all wrong. Turns out I just needed to specify the number of rows for each group. Ich bin absolut ein Vollidiot!

I'd really appreciate it if you would consult with one of the admins about huge changes like renaming a page; that's not a change we can make lightly. Appreciate you trying to cut back on spoilers, but this one has gone a little far. Yasuko Saejima has a similar situation, but we're still calling her page Yasuko, not "Lily". Searchability is an issue if you change Kurosawa's name to Serizawa, and there are other ways to avoid spoiling large parts of a game. Plot details should not be in the intro section, but accurate titles should be. Renaming him and only having his alias in the intro can be much too confusing.

(To add on to this with another similar case) Fumiya Sugiura; his name is as such because even after revealing his identity, he continues to go by "Sugiura" as opposed to "Terasawa". He is also listed as such in the credits of the game.

There's no image deletion going on, nor is there censorship. The deletion log shows you didn't upload an image with the title that you did. We don't have a bot that does anything of the sort.

I am fully aware that the deletion did not originate from within the Yakuza Wiki Family, but was done by an agent of the Fandom Clan higher-ups. This is why I contacted TEO, because I believe that he is the one who acts as liaison between the Yakuza Wiki and the Fandom Clan members. That is why the record of the file previously existing on here is not available to view for any local wiki editors. Fortunately, I still have the original email with the deletion notification, and here is a screenshot (sans my full email obviously).

Re: Image deletion by fandom botEdit

Hi, thanks for the message. I will investigate the issue and update you on it asap!

Edit: I have consulted my team and was instructed that it is probably best to censor the image like you did already, because "the wiki and its host are not obligated to document it in a way that is offensive to users".

I understand this is not the answer you (or I) were hoping for, and I apologise for that. I thought the image, since it was a screenshot from the game, would be allowed on the Wiki, but unfortunately that is not the case. Apologies again.

Ok, well thank you for your help. As I have mentioned, I think this has the opposite effect to Fandom's intentions by essentially censoring LGBT+ people from taking ownership of a derogatory term to empower themselves. I also think that we're a pretty progressive bunch here on Yakuza Wiki, and even if there are times in the series where terms or ideas that would be deemed offensive by today's western audience (which there are), it is important for us to highlight these things rather than just pretend they don't exist. HOWEVER, I get that there are sadly people who want to use Fandom as a platform to spread hatred and the staff don't want to send out the wrong message by making exceptions. Ok, well if I upload any more images with offensive terms, I will be sure to censor them. Again, thanks for looking into this.

I'm sorry. For the first time I'm doing something like. Thank you very much for your suggestion. I was so happy to meet you. <3

No problem. I would suggest that you look through the Manual of Style to give yourself an idea of what we are looking for in terms of edits on the wiki. We hope you stick around!

I am very sad. I'il fix my mistakes. Please forgive me. I am ashamed of myself..

Please don't worry about it. You've already done far better than most of our new contributors just by reading your talk page messages LOL. You'll get the hang of this :)

Retrieved from "https://yakuza.fandom.com/wiki/User_talk:Eddiehimself?oldid=68157"
Community content is available under CC-BY-SA unless otherwise noted.