Yakuza 5 (龍が如く5 夢、叶えし者, Ryū ga Gotoku faibu: Yume Kanaeshi Mono, lit. "Like a Dragon 5: Fulfiller of Dreams") is an action-adventure/beat-'em-up game originally released for the PlayStation 3 on December 6, 2012 in Japan and on December 8, 2015 worldwide. The game was developed by SEGA as the fifth main installment (ninth overall) of the Yakuza series.

A remaster of the game was released in Japan on the PlayStation 4 on June 20, 2019. It will be released worldwide on February 11, 2020, both as an automatic unlock for the Yakuza Remastered trilogy digital download and a physical release of the trilogy. The remastered version runs in 1080p resolution (cropped to 1850x1040 on PS4) and 60 frames per second.

Regular weekly updates of 'Extra Contents' are available from December 11, 2012 forth. There are currently a total of 8 updates of special item packages and missions for the game, via the PlayStation Network. It uses an automatic update method when the game is launched, as and when the contents are available. This service is free of charge.

"Heat Actions" has undergone further evolutionary additions. From powerful to comical techniques, a significant variation is reinforced, each symbolic to the 'Battle Style' of each playable main character.

A combat feature unique to each different playable character:

Osaka is said to be the birthplace of Japanese Street Dance, and Sotenbori is no exception, serving as a hub for many dancers who polish their skills via the 'Dance Battle'. It is also a challenge and part of Haruka's training in 'Princess League'. Competitors are rife in various places of Sotenbori, where a conversation with a dancer could initiate a battle.

Dance Styles
There is a genre of five styles applicable in 'Dance Battle'; namely:

Dance Battle System
Dance battle system is based on rhythm games, where the character basic moves are choreographed left, right,up and down that takes timing to synchronize with the flow of the

buttons on the screen. The results would then be displayed; based on : Vocals, Basic Foundation, Performance and Charm.

There are 21 chapters in this game, divided into 5 parts: 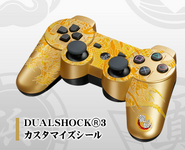 Retrieved from "https://yakuza.fandom.com/wiki/Yakuza_5?oldid=76037"
Community content is available under CC-BY-SA unless otherwise noted.